App development
Where are we going today? The Microcosms app tells us
Friday, 26 August 2022 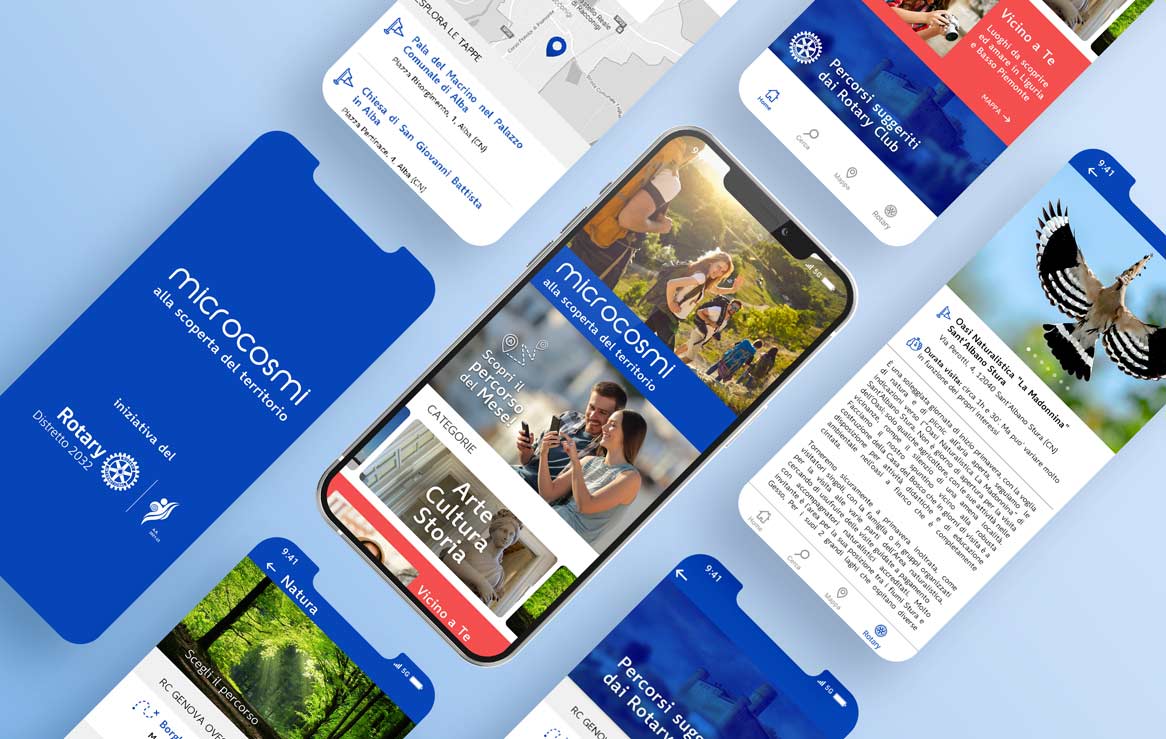 Microcosmi is the tourist app that promotes and enhances the territory of Liguria and lower Piedmont.
An initiative wanted by the Rotary District 2032, conceived by the Territory Protection Commission of the A.R. 2021-22, with the aim of promoting, through Rotary Clubs, the development of “minor” or “marginal” territories, rich in History, Art and Landscape Beauties, often forgotten.

As per the official press release, “Alongside the” greater “Italy, the masterpieces and the great cities of art, there is an Italy of” microcosms “,” minor “places and works that retain deep traces of the history and identity of our country.
This year we have decided to dedicate one of our service projects to these minor realities, to their conservation and development – also economic – “, explains Silvia Scarrone, at the top of the 42 Rotary Clubs of Liguria and Lower Piedmont that form, in geography of the largest service association in the world, District 2032. Silvia Scarrone continues: “We have taken the risk of a” two-speed “Italy: on the one hand the great destinations of cultural tourism, on the other many small villages, works and monuments spread throughout the territory, exposed to the danger of marginalization and, hence, of forfeiture.
With the “Microcosms” project we intend to make our contribution to better known and to enhance those places and those works that risk becoming “dead branches”, while they could be catalysts for local tourism development ».
The “Microcosms” project was born, therefore, with the aim of taking a census, narrating and indicating which visit proposals offer the “minor destinations” of an Italy made up of infinite bell towers, Roman stones and streets, artists, writers and musicians , of navigators and scientists. Silvia Scarrone comments: “This – we know by now – is our most widespread wealth and our historical-cultural identity”.

With precise inputs, the Kiosk creative team began to develop the strategy and identity of the Microcosmi brand.
An app, a portal, a communication and future development strategy, also considering the aspects of involvement of the territory and other actors.

The brand expression created for Microcosmi uses an elegant and immediate visual style to capture and inspire.

The development and back-end platform 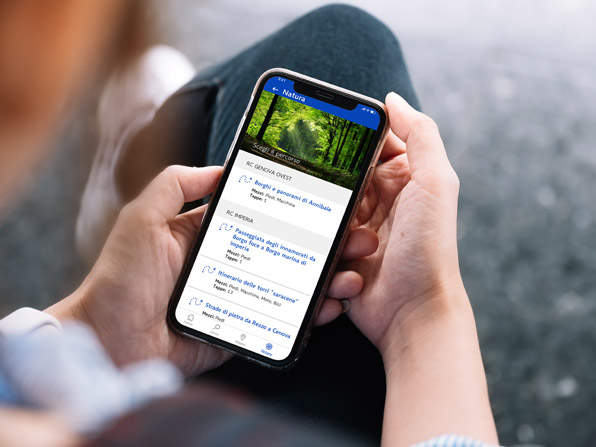 In the final phase of the project, Kiosk worked closely with the Rotary District 2032 Territory Development Commission to design and develop a digital experience that would lay the foundation for the future growth of Microcosms.
While Kiosk’s in-house developers built the digital experience of the front-end tourist, the back-end development team completed the CMS tool for content creators provided by the various Rotary Clubs.
With the CMS portal, Rotarian content creators can customize the descriptions of stages and paths and update them in a few clicks and contribute to the progress of the consultation experience.
For tourists, the consultation and recommendation tools offered by the Microcosms app offer opportunities for delightful discovery, helping them to experience all that the area near them has to offer.

How does it work 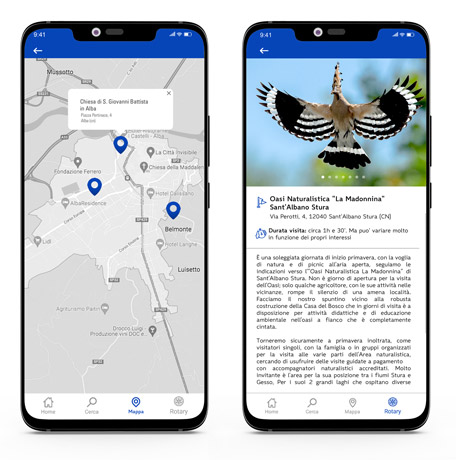 The app, developed for Apple iOS and Android, aims to show the tourist, significant routes and stages of the territory, with detailed descriptive, photographic and in-depth information.
The app offers different ways of using the contents.
You can directly access the reports made by the Rotary Clubs of the area, or search using specific keys and tags.
The “near you” feature uses the geolocation feature to suggest routes and stops close to the user according to a radius that can be set as desired by the user.
The tourist can also consult the proposals using the classic browser, or access the various pre-established categories such as Art and Culture, Events, Architecture, Muses, Religion and many others.