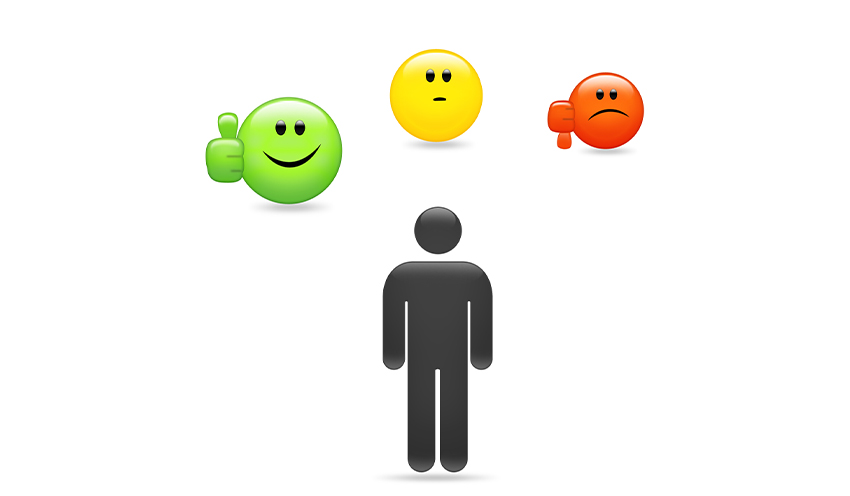 On March 23, 2009, the project “Let’s face it” started, wanted by Minister Brunetta, with the aim of measuring citizens’ satisfaction with the services offered by the Public Administration.
The project initially involved 4 entities: Enpals, iPost, ACI and INPS, to which the Municipality of Milan was immediately added. Kiosk was immediately involved as a technical partner in the project and provided the solution to Enpals, iPost and the Municipality of Milan.

The project envisaged that the citizen who went to one of the institutions, once served, would answer the satisfaction survey, or the simple question “Express your opinion on the service received by pressing one of the colored symbols”.

The answer was one of 3 smileys, representing 3 different likes, with the possibility of indicating the reason for the disappointment if the choice was the red smiley.
A simple but revolutionary novelty. Minister Brunetta himself commented “It is a small, great revolution”.

The solution, initially studied and implemented by Kiosk for Enpals on the Customer Flow Management system (Kiosk Hydra) already installed at the Authority, allowed citizens to express their opinion (and ENPALS to collect data for evaluations on the matter) through the “Emoticon” system. The solution made it possible to measure the degree of user satisfaction through three icons that indicated a different degree of satisfaction with the service provided in an easy and immediate way – high, medium, low.
If the user had pressed the red face, they would have been asked to justify their disappointment by choosing from 4 pre-filled answers.

The system automatically linked the choice of the service to be provided to the user to the presentation of the survey via emoticons. The system was therefore based on a refined logic of validation of the vote, which ensured the citizen the right to express his opinion and limited the possibility of errors or false votes, maintaining control of the operator and binding, in real time, the opening of the vote to the choice of service expressed through the touchscreen.

The entity also had the possibility to choose which services to submit to the customer satisfaction survey, leaving out, for example, those according to the entity that were not suitable for the purpose.
The system provided for a centralized acquisition of the answers obtained in order to allow subsequent evaluations by the customer care staff.
Thanks to this innovative system, Enpals was thus able to rigorously measure the customer satisfaction of its “Customers” and define the survey standards to be implemented as a member of the testing committee to which several Italian municipalities, including Milan, adhered.
This is thanks to the fact that the Kiosk emoticon system ensured the security and reliability of the acquired data, that is, valid data and unique votes.

The customer satisfaction survey system initially made use of small tabletop touchscreens.
Subsequently it was extended to all forms of communication between institution and citizen, and therefore also to video counters and telephone requests.

In May 2009 Kiosk presented this innovative system, created as part of the project of Minister Renato Brunetta “Let’s face it”, at the ForumPA in Rome: during this occasion it was possible to see its integration with both web and telematic services provided in self-service mode through the virtual counters created by Kiosk.
The collection of judgment using emoticons could be done both on totems and on counter touch displays. The Kiosk system was subsequently also shown at the ANCI national fair, which was also attended by other suppliers. 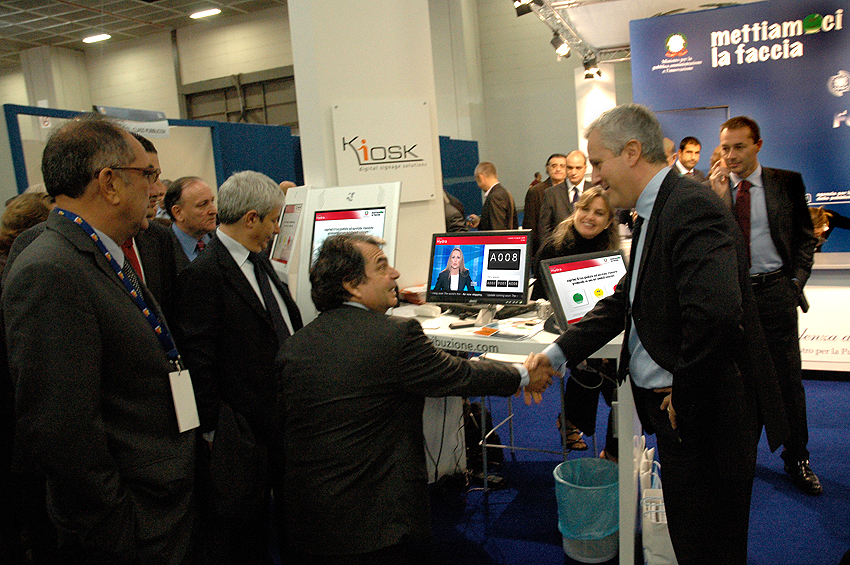 Since then the Emoticon system has evolved a lot and in different fields, becoming a widely used instant survey solution.

Today, we find Kiosk Emoticon adopted not only by the Public Administration to perform a reliable measurement of the satisfaction of its citizens, but also as an element for collecting customer feedback in various markets, from retail to horeca.

Kiosk Emoticon allows you to monitor the degree of satisfaction of its users and customers and promptly make the necessary corrective measures.

To find out more, visit the Kiosk Emoticon ›

This website uses cookies to improve your experience while you navigate through the website. Out of these, the cookies that are categorized as necessary are stored on your browser as they are essential for the working of basic functionalities of the website. We also use third-party cookies that help us analyze and understand how you use this website. These cookies will be stored in your browser only with your consent. You also have the option to opt-out of these cookies. But opting out of some of these cookies may affect your browsing experience.
Necessary Always Enabled
Necessary cookies are absolutely essential for the website to function properly. These cookies ensure basic functionalities and security features of the website, anonymously.
SAVE & ACCEPT